Sales, Appearances And The Most Attractive Curve On a Person’s Body–Ovidilio David Vasquez (Ep 48) 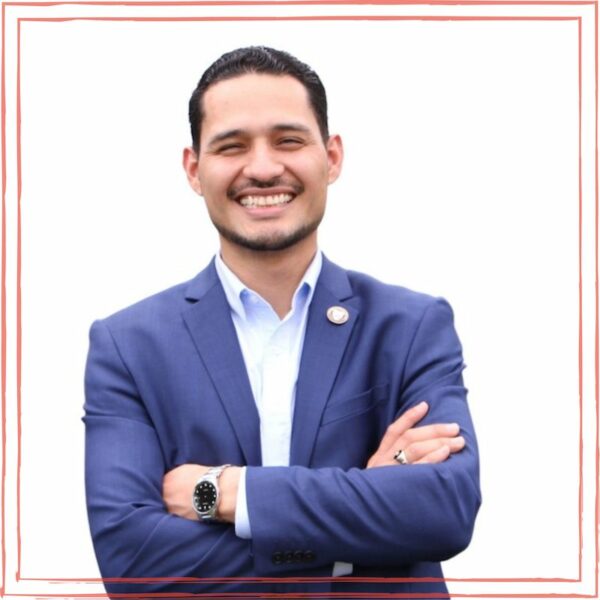 My guest for this episode is Ovidilio David Vasquez (aka Ovi). We recorded this conversation on  the 22nd of January, while I was still based in Vista Mar, Panama. The intro was recorded from my new studio in Querétaro, Mexico.

Ovi was raised on a sugarcane farm in Guatemala. His life path took him from Guatemala to the U.S. and then to graduating from Harvard Business School Online. But it doesn’t end there. Today Ovi is a sought after speaker who educates young students by sharing his story and insights on how they can succeed in school.

Summing up his life story in Ovi’s words, he learned to wield a machete in the sugarcane fields of Guatemala at age eight. In 2006 at age fifteen, he moved to the U.S. unaccompanied. Ovi’s life changed forever. Around 2009 he found himself alone and with zero support,  doing what needed to be done to survive.

Ovi put himself through high school, working various jobs and was ultimately inspired by a mentor to pursue college. This was a defining moment in his life. He applied and was accepted into Harvard  Business School Online, where he earned certifications in technology and project management.

Ovi is the author of six books, a TEDx speaker on Self-Leadership and has been an on-air collaborator for Univision. He’s has worked for well known companies such as Apple, Tesla, Salesforce, Uber, and GM.

I noticed a recurring theme of mentorship throughout our conversation. I’m guessing that his mentors weren’t sure if they have an impact on Ovi’s life, but they definitely did. He listened to and acted upon what they said.

Ovi is a voracious consumer of motivational material and has held several sales gigs. He sees these two things as a big part of his personal development and in shaping the way he thinks. We talk about this and some of the surrounding details, including:

I hope you enjoy this conversation as much as I did recording it.

Mentioned in this Episode

The Morning Tempo podcast exists solely through the generosity of its listeners, and we gladly accept support in a variety of ways. Please visit our Crowd Sponsor page to learn more.

Learn how to support this podcast.

See more of my recommended resources

Some of the links in this post, such as those in the above section, are affiliate links. This means I make a small commission, at no extra charge to you, if you purchase using those links. Thanks for your support!